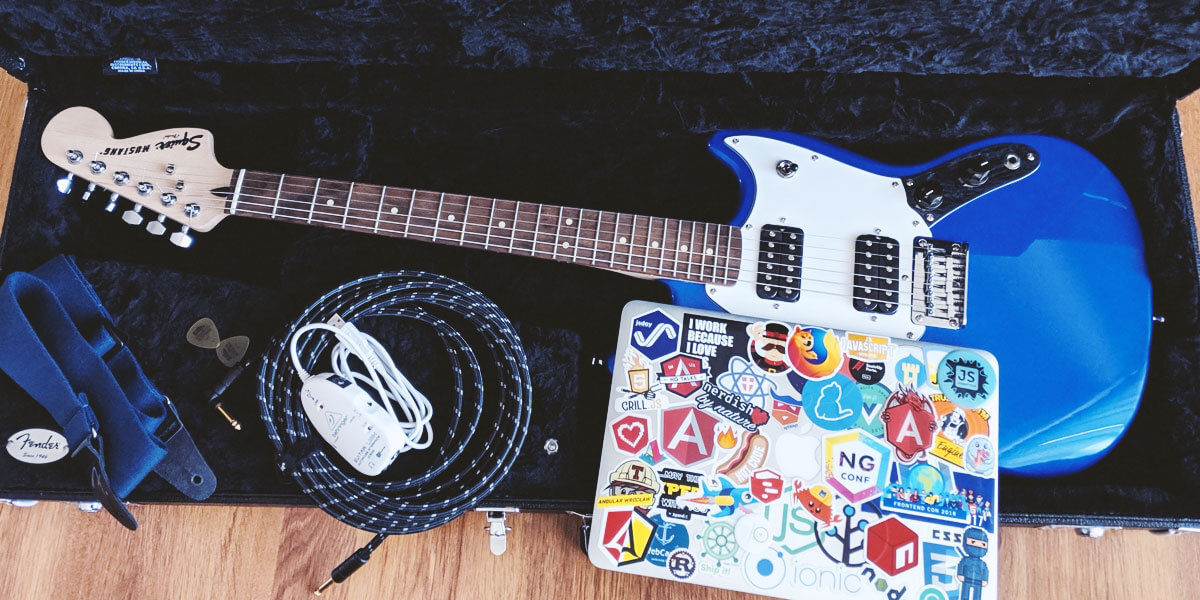 So, you are the lucky owner of an electric guitar, and you want to play it as often as possible. But playing it without an amplifier is impossible because you just can’t hear the sound. And what if you connect an electric guitar to speakers, you ask? And you’ll be right, but it’s more challenging than it might seem.

The fact is that if you connect your guitar directly to your speakers, you won’t get the right results. Unlike special guitar speakers, regular speakers don’t have a built-in preamp. As a result, the sound will be weak, and when you increase it, there is a risk of destroying the speakers. This happens for several reasons.

First of all, because of the signal level. Electric guitar pickups produce a weak signal, so you need a preamp that makes the sound louder. Also, there are active and passive pickups. Active ones are battery-powered, and, technically, you just plug your guitar into your speakers or headphones, and that signal will play. However, it will be in mono and sound only in “one ear.”

Also, most speakers have a 1/8″ AUX jack, and standard guitar cables have a 1/4″ TS output jack. This means you need some kind of adapter (converter, interface). But that’s not all. If you normally adapt the cable, you will get mono sound as in the previous case, leading to loss of volume and other problems.

Thus, you need connection options that consider and circumvent all the problems described above. And in this article, I suggest considering three ways to use the speakers as a guitar AMP. 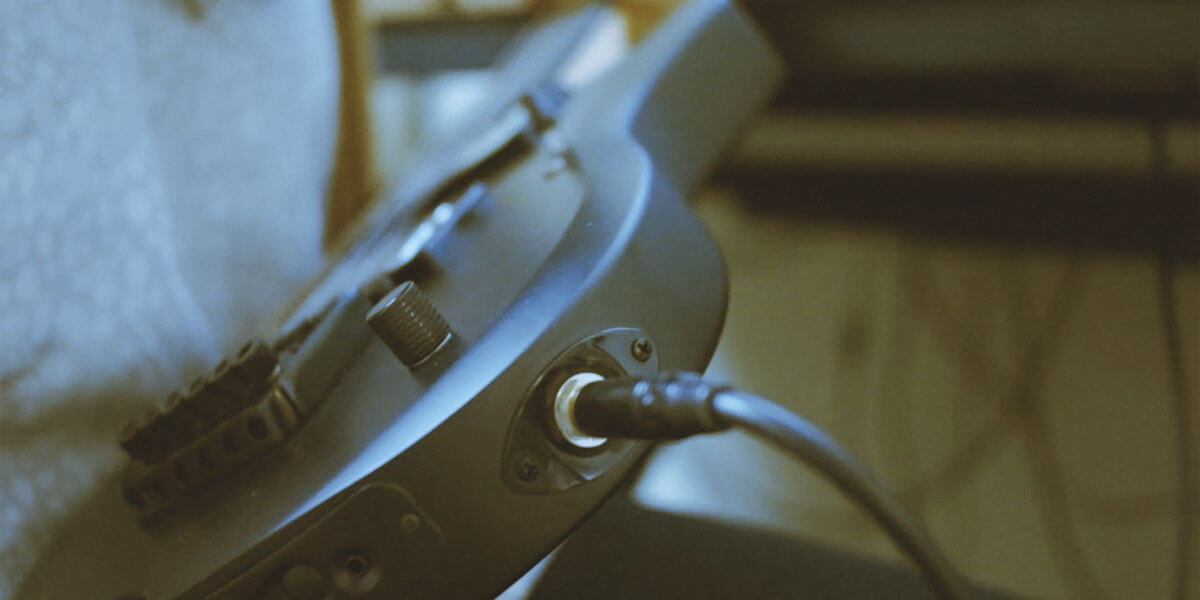 In my opinion, the first way to plug an electric guitar into a normal set of speakers is not ideal because you might damage the dynamics. Even if you do it right, don’t use high volume.

You need an adapter that goes from two RCAs to one 1/4″ or 1/8″ plug to make this connection. But first, it’s worth making sure which jacks you have and whether they accept mono (single channel) input. In fact, you need to create two signals since the electric guitar is mono. This is necessary to avoid problems with mono-stereo conversion. After that, simply plug the converter into the speaker’s jack.

Some speakers have a built-in preamp, and you won’t need an external one for them. A complete stereo system will also do an excellent job with this kind of connection because it uses amplifiers with multiple inputs (stereo receivers).

Connecting an electric guitar to your speakers using an audio interface

An audio interface is a small device that connects to your PC/Mac via USB. It has many different connectors that allow you to connect almost any electronic instrument to it. Besides being incredibly convenient, it takes up very little space, and its performance is impressive. You won’t just hear yourself playing. With special apps, you’ll be able to produce all sorts of effects without using effects pedals (chorus, reverb, and delay). You can also record and edit your audio files. And all these without leaving your computer.

The playback quality is excellent, with no distortion or delays. So, yes, you may have to learn to use all those fancy apps, but you’ll see it’s worth it after a while.

As I said, you will need to install DAW/VST programs/applications for full functionality. The most popular ones today are Focusrite Scarlett 2i2 (PC/Mac), Garageband (Mac), Audacity (Mac, Windows, and Linux), BIAS FX, and AmpliTube (PC). With an easy-to-follow guide, installing and using these applications is easy. The result is a full-fledged recording studio in your home.

Connecting an electric guitar to your speakers using an effects processor

An effects processor is also a device used to add modulation, change and simulate tone. It is also often used as a preamp, amplifying the guitar pickup’s signal. And this amplified signal is enough to use with your speakers.

You’ll need the same 1/8″ cable or a 1/4″ to the 1/8″ mono converter. But first, as usual, make sure the processor has a 1/8″ output jack. If that’s OK, just plug the electric guitar into the effects processor and then connect the AUX output and input between the processor and the speakers.

You’re all set! Play and enjoy the sound! 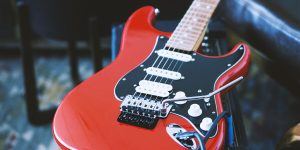 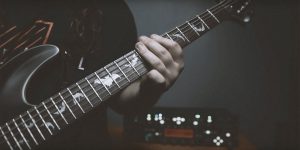 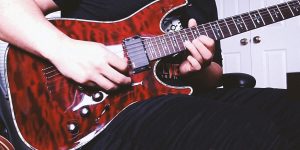 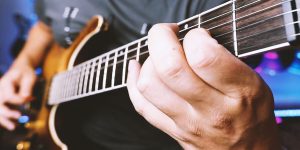 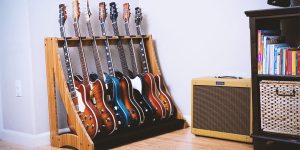 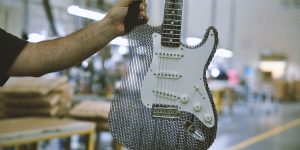 Do Guitars Sound Better Without Paint?
great to know | 4 Nov 2022 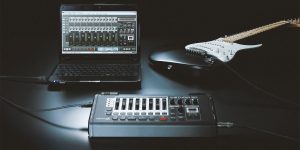 Can I Play Electric Guitar Without Amp?

If you click a link on this page and make a purchase, we may receive a small commission at no extra cost to you. 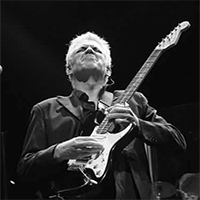 I spent much of my early life in the UK, studying musical instrument technology at the London College of Furniture and Interior Design. During my career building and restoring guitars, I worked with some music icons, including Aerosmith, Jackson Browne, Duran Duran, Pink Floyd, Bon Jovi, and others.

We won't spam and you will always be able to unsubscribe.

Laceyguitars.com is a participant in the Amazon Services LLC Associates Program, an affiliate advertising program designed to provide a means for sites to earn advertising fees by advertising and linking to products on amazon.com.